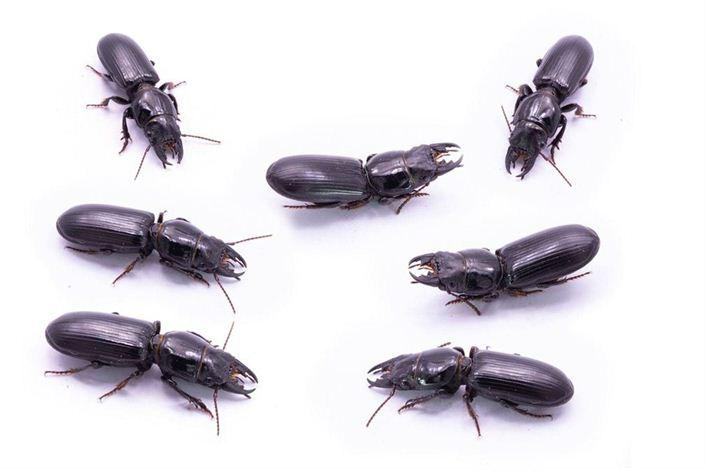 If you think a bitterly cold winter will kill the bugs you hate most and reduce the damage they’ll do in the spring and summer, you’ll be disappointed. As far as the weather is concerned, temperature isn’t the most important factor with bugs, moisture is. In fact, very dry conditions will depress bug populations more than cold temperatures. Different bugs react differently to winter conditions, though.

Most bugs, like many other types of creatures, hibernate during winter. Hibernation is a biologically distinct state of dormancy. In this diapause state, metabolism slows down and the bugs conserve energy until temperatures rise again. Insects preparing to enter diapause will usually burrow underground or hide under rocks, trying to seek some kind of shelter. At temperatures of 4 degrees celsius or lower, bugs that hibernate can’t move.  Above this temperature, they begin moving, but only slowly. The more the temperature escalates, the faster the bugs get moving and with that, begin producing multiple generations that can quickly soar into the hundreds of thousands. Insects like flies and some species of mosquitoes hibernate during winter.

A few bugs create a natural antifreeze that prevents the formation of damaging ice crystals in their bodies. These insects synthesize cryoprotectants like polyols and sugars, and this lowers their body fluids’ freezing points. Some bugs dehydrate their bodies during winter to become freeze resistant.

Those that do die

Some bugs die from starvation if they fail to find their food source by coming out of hibernation too early. Other bugs also die during the winter but most of these have already completed their true mission in life which is to reproduce. These Insects survive the winter as eggs, pupae, or larvae. In their last days as insects, they prepare for the next generation by laying eggs in sheltered areas. The Aedes, Culiseta, and Anopheles mosquito species are good examples of this. These mosquitoes stop blood-feeding to increase fat reserves in preparation for winter. Once the cold season kicks in, they look for hideouts like storm drains and holes and lay eggs there.

Some bugs migrate during winter

Some insects, like butterflies, are famous for their migration from Canada to the mountains of Mexico. These insects fly over 3,000 kilometres to spend their winter in Mexico; they reproduce there, die, then send a new generation back to Canada where the cycle begins again.

During the winter, some bugs happily inhabit your home where it’s nice and toasty warm. They will hide in the basement and crevices, only to quickly repopulate once the temperatures warm up. So regardless of the temperatures outdoors, bugs like fleas for example, will survive winters the same way you do, in the comfort of your heated house.

If you’ve been wondering whether you need Winnipeg pest control services during the winter, you now have your answer. Just because you don’t see many bugs during the cold season doesn’t mean they’re dead. Cold temperatures only make most bugs slow down. Once winter is over, they become active and problematic to your household. Effective pest control should remain ongoing throughout the four seasons.